Like Sam Adams, but with more pages and fewer cartons of tea... 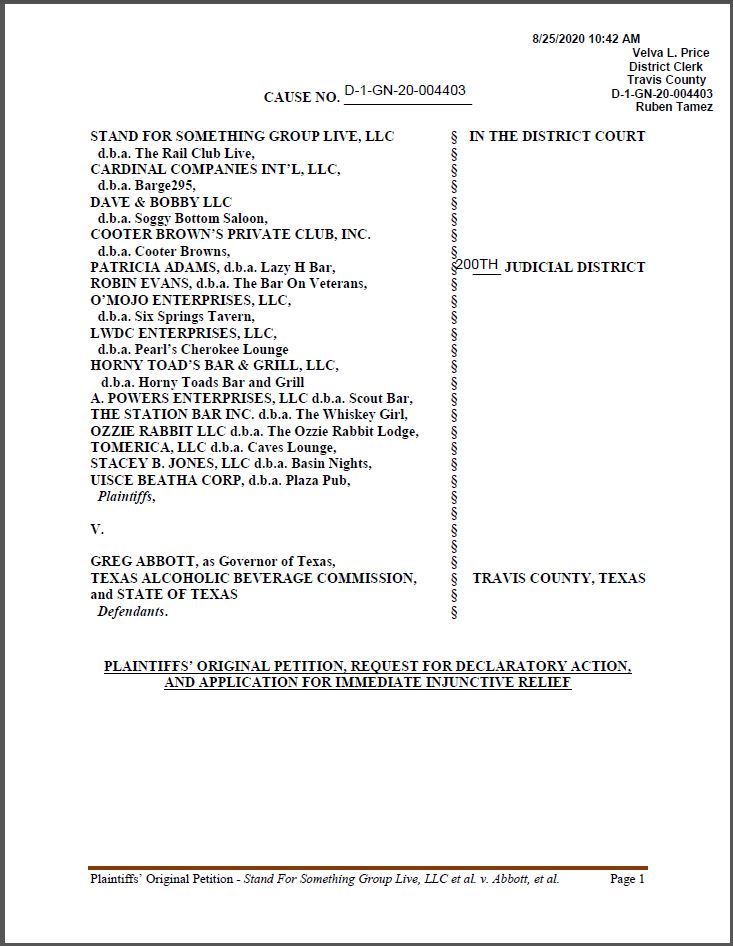 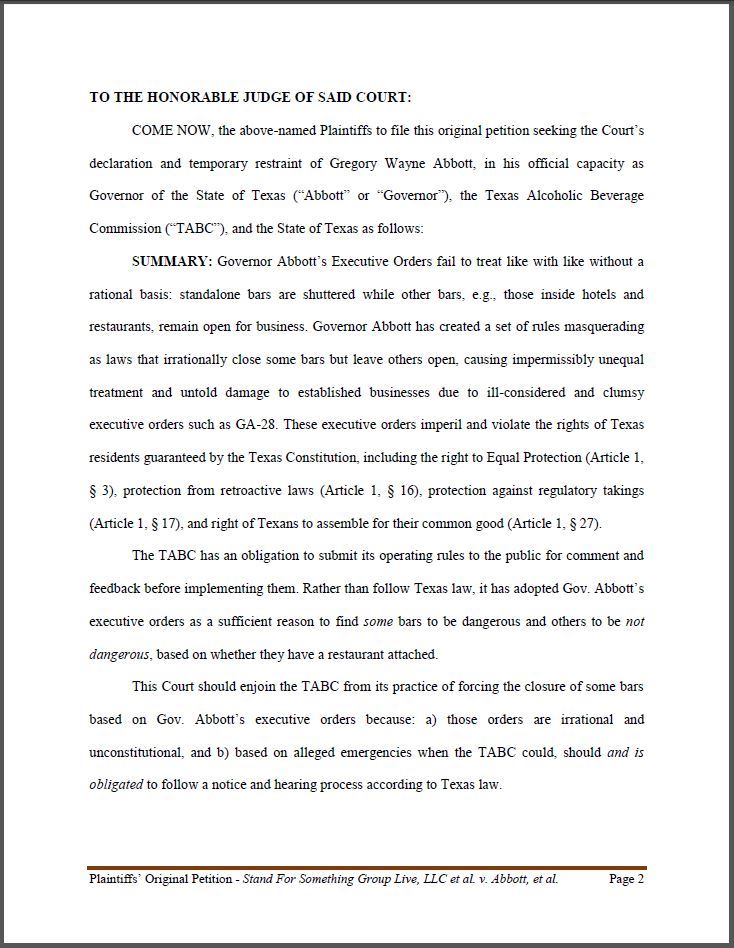 Just when you thought we'd never finish it, the bar suit is filed. The full petition is here. From the summary:

Governor Abbott’s Executive Orders fail to treat like with like without a rational basis: standalone bars are shuttered while other bars, e.g., those inside hotels and restaurants, remain open for business. Governor Abbott has created a set of rules masquerading as laws that irrationally close some bars but leave others open, causing impermissible unequal treatment and untold damage to established businesses due to ill-considered and clumsy executive orders such as GA-28. These executive orders imperil and violate the rights of Texas residents guaranteed by the Texas Constitution, including the right to Equal Protection (Article 1, § 3), protection from retroactive laws (Article 1, § 16), protection against regulatory takings (Article 1, § 17), and right of Texans to assemble for their common good (Article 1, § 27).

The TABC has an obligation to submit its operating rules to the public for comment and feedback before implementing them. Rather than follow Texas law, it has adopted Gov. Abbott’s executive orders as a sufficient reason to find some bars to be dangerous and others to be not dangerous, based on whether they have a restaurant attached.

This Court should enjoin the TABC from its practice of forcing the closure of some bars based on Gov. Abbott’s executive orders because: a) those orders are irrational and unconstitutional, and b) based on alleged emergencies when the TABC could, should and is obligated to follow a notice and hearing process according to Texas law.