This suit is based on the lack of competitive bidding and the lack of any authority to spend money on this approach to the COVID-19 virus, as the Texas Legislature sets policy, and the executive branch is tasked with enforcing those policies.

The suit seeks to enjoin the continued implementation of the policy and stop the build-up of a 5,000-employee work force based on the Texas-MTX contract.

Art. 4, Sec. 8. CONVENING LEGISLATURE ON EXTRAORDINARY OCCASIONS. (a) The Governor may, on extraordinary occasions, convene the Legislature at the seat of Government, or at a different place, in case that should be in possession of the public enemy or in case of the prevalence of disease threat. His proclamation therefor shall state specifically the purpose for which the Legislature is convened.

Of course, Gov. Abbott has stated that the Disaster Act of 1975 allows him to suspend laws and essentially make laws up as he goes along. To that, the Texas Constitution has an answer:

Sec. 28. SUSPENSION OF LAWS. No power of suspending laws in this State shall be exercised except by the Legislature.

Courthouse News wrote a fair article on this suit.

Warren Norred will offer a lifestreamed discussion of this suit on Friday, August 7, 2020, at 3:30 p.m., either on Norred Law's Youtube Channel or via Facebook live from the Norred Law Facebook page. 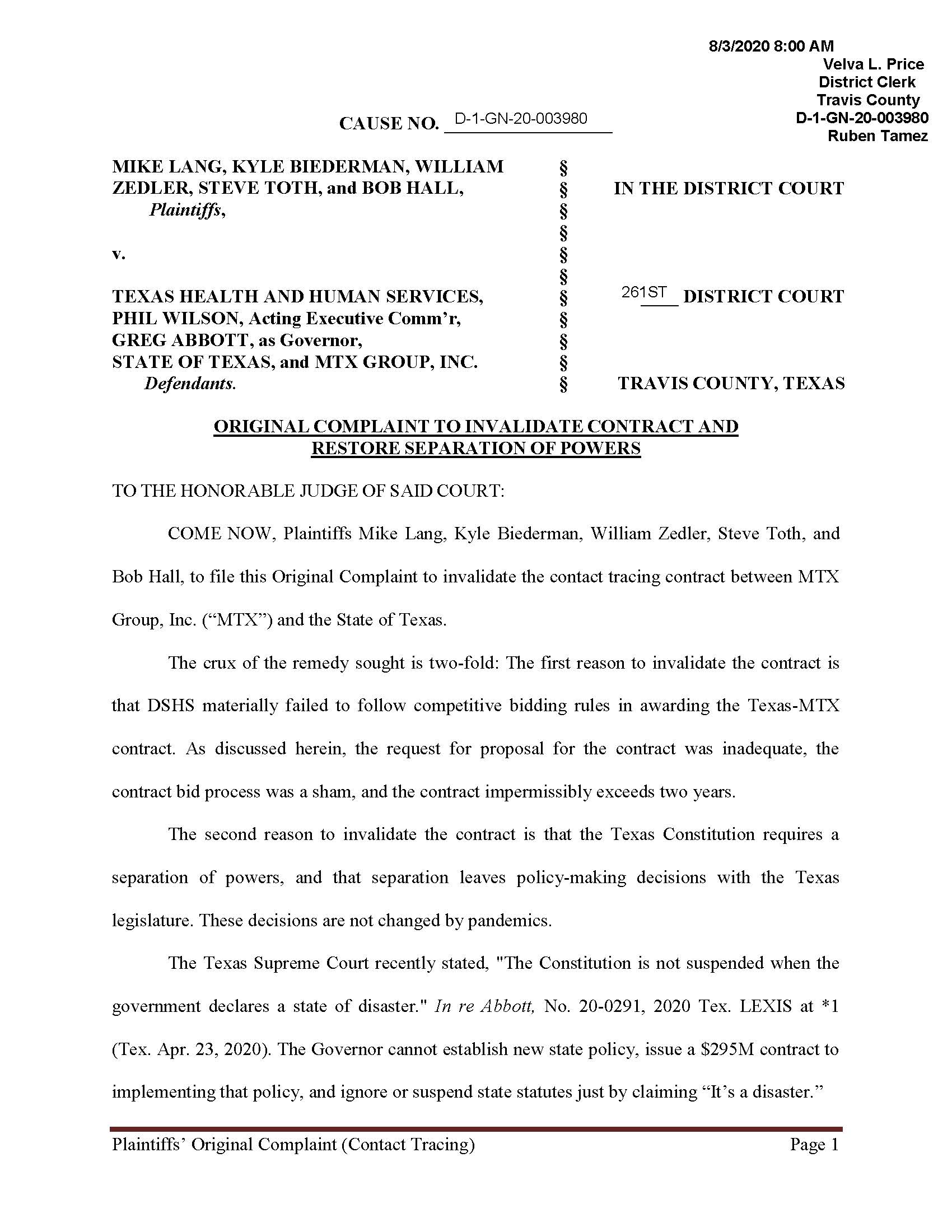